If you smoke, you already know you need to quit. It’s bad for your heart, lungs, brain, and even your sex life.

But let’s face it: You’d have kicked the habit yesterday if smoking’s ill effects were a bit more obvious. What if each cigarette created a black pockmark on your face, for instance?

Well, smoking does damage your looks. Read on to discover 15 ways smoking is ruining your appearance.

If you are serious about quitting and would like to even enquire into the possibility you can visit this link for more information on Hypnotherapy as an option.

Bags under your eyes

Don’t you hate it when you can’t get a good night’s sleep—and it shows on your face?

If you smoke, you’re four times as likely as nonsmokers to report feeling unrested after a night’s sleep, according to Johns Hopkins study.

Why the lack of shut-eye? It’s possible that nightly nicotine withdrawal could be causing you to toss and turn. And unfortunately, poor sleep doesn’t equal pretty

Wouldn’t you love to have a set of dazzling white, Hollywood-like choppers? If you smoke, you can kiss that dream good-bye.

It’s the nicotine in cigarettes that can stain teeth.

So in addition to the escalating costs of buying and smoking your cigs, add in the cost of tooth whitening. A professional procedure to clean your teeth costs an average of $500 to $1,000

We can all appreciate a wizened visage—on our favorite nonagenarian that is. Wrinkles look anything but wise when they show up on a relatively young person who smokes.

And show up they will. Experts agree that smoking accelerates aging, so that smokers look 1.4 years older than nonsmokers, on average.

The nicotine in cigarette smoke can not only make your teeth (and the walls of your home) brown, but it’s also notorious for staining fingers and nails as well.

If you search the Internet, you can find a number of home remedies, including lemon juice, bleach solutions, and scrubbing with steel wool. Ouch.

As if the wrinkly skin wasn’t enough, smoking hurts your hair too. Experts think the toxic chemicals in smoke can damage the DNA in hair follicles and generate cell-damaging free radicals as well.

The end result? Smokers have thinner hair that tends to go gray sooner than nonsmokers. That is, if they have any hair at all.

Men who smoke are about twice as likely to lose their hair as nonsmokers, after taking into account factors that increase the risk of baldness, such as aging and genetics, according to a 2007 study in Taiwan.

Nicotine causes vasoconstriction, a narrowing of the blood vessels that can limit oxygen-rich blood flow to the tiny vessels in the face or other parts of the body.

This means your wounds will take longer to heal and you’ll have scars that are bigger and redder than you would in a nonsmoking parallel universe.

Smoking puts you at greater risk for all kinds of dental problems, including oral cancer and gum disease.

In fact, according to a 2005 U.K. study in the Journal of Clinical Periodontology, smokers are up to six times more likely than nonsmokers to develop gum disease, which can lead to tooth loss.

Wouldn’t you rather be doing, well, anything other than sitting in a dentist’s chair?

Ever notice how smokers’ skin sometimes seems off? You’re not alone. A 1985 study came up with the term Smoker’s Face to describe certain facial characteristics, such as wrinkles, gauntness, and a gray appearance of the skin, caused by smoking.

Several studies have found that smokers do not heal as well after surgeries such as face-lifts, tooth extractions, and periodontal procedures.

So once cigarettes wrinkle up your face, you’ll have a harder time correcting the damage with cosmetic surgery than people who’ve never smoked. (And your surgeon might not even perform the procedure until you agree to kick the habit.)

For reasons that aren’t entirely clear, smokers are more susceptible to infection with human papillomavirus, a large family of viruses that can cause warts—including genital warts.

While genital warts are caused by sexually transmitted types of HPV, smoking is also a risk factor. Even taking the number of sex partners into account, women who smoke are nearly four times as likely to have genital warts as nonsmokers, according to one study.

Smoking is a leading cause of cancer, including lung, throat, mouth, and esophageal cancer, so it should be no surprise that cigarettes can also increase your risk of skin cancer.

In fact, according to a 2001 study, smokers are three times as likely to develop squamous cell carcinoma, the second most common type of skin cancer, than nonsmokers.

The nicotine found in cigarettes damages the fibers and connective tissue in your skin, causing it to lose elasticity and strength.

Stretch marks, red skin striations that can gradually fade to a silvery hue, form when you gain weight rapidly. Anyone can get stretch marks with rapid weight gain (such as in pregnancy), but cigarettes can be a contributing factor.

This deep fat pads internal organs and can accumulate in your midsection, ultimately increasing the risk of other diseases, such as diabetes.

More than half of Americans will have developed some degree of cataracts by age 80. Cigarette smoking can increase the risk of cataracts by putting oxidative stress on the lens of the eye.

In fact, continued smoking can add up to a 22% increased risk of cataract extraction, according to one study. And it’s not too late to quit—the amount of cigarettes smoked was a more important risk factor than how long someone smoked.

Hey! I’m Bianca and for those that don’t know me, I'm the owner of Glam Beauty Bar & Skin Clinic. I Have been a fully qualified Beauty, Massage & Lash Therapist since 2005. I've had a flair for the beauty industry since I was a little girl, and because of that I am always educating and training myself in all things new in the industry!

Why Is Vitamin C Important To Your Skincare Routine?

Skincare Self-Care While in Lockdown 2.0

B Peel (Beauty Peel) 🌿
The beauty boost before big events

🌿 The B-Peel (Beauty Peel) is a regenerative, gentle yet highly effective facial procedure.

🌿 With no downtime and no visible peeling - think of this one-day procedure as a natural kick-starter to great looking skin.

🌿 Fresh skin in just one day.

We are ready to pamper Melbourne - Moonee Ponds 🤍 Our booking system and all services are available for you!

Don't miss our Summer Seasonal Offers for Jan - Feb to keep your lashes, and skin on point during summer 😄

What is new? What are the offers?

✔️ New “lash botox” treatment available as an add on to any lash lifting or brow lamination service. This is a nourishment treatment mask which increases thickness up to 40%

✔️ For skin lovers : has your skin taken a hint already during summer? We have 20% of our hydra3 “advance hydration” treatment.

✔️ Our limited addition summer seasonal facial pineapple & kiwi... Get in quick as stock is limited 💛 $125

✔️ Rewards cards are back for skin, lash and waxing treatments. This will replace reward points

What is Lash Botox? 🤔

☑️ It is a plant collagen mask that is designed to strengthens and nourish natural lashes with argan oil, proteins, keratin & vitamins. The nourishing mask fills the natural lash with keratin making your natural lashes thicker, fuller and longer - up to 40%

💫 We have designed a “lash lift botox” add on for any of our clients who would like to add this additional treatment to any lash lifting service at Glam.

💫 This is not just lash lifting, it’s the best and healthiest eyelash treatment available

The team at glam would like to thank our clients for another wonderful year - it has been a pleasure pampering everyone all year round! 💕 with zero lockdowns or interruptions 🙏

We look forward to seeing you in 2023! We would like to wish you, and your family a Merry Christmas & a safe/happy new year 😘 Love Bianca, Nicole, Chloe & Chloe S xx

What a cutie! @taylajarviss nailing another dance concert for 2022! 🔥 spray tanned by us with our favorite #1 Australian tan solution @tuscantan. Thank you once again @archerdance11 for sharing photos ❤️ we appreciate it 🫶🏻 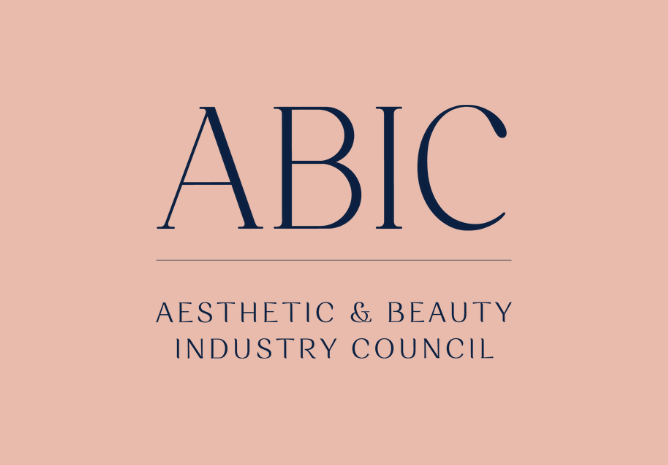